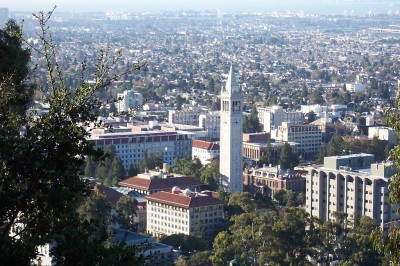 Scientists across America increasingly rely on remote instruments such as the future Large Synoptic Survey Telescope or the Large Hadron Collider (LHC), and computing facilities such as the National Energy Research Scientific Computing Center (NERSC) to conduct experiments, create simulations, and analyze data.  With advances in technology, these instruments are capable of producing massive amounts of data – reaching tens of terabytes and petabytes in scale. As a result, there is an ever-increasing demand by nearly all science communities for secure, reliable, very high-bandwidth network connections to access and share these large science data sets.

Many university campuses need to improve their local network infrastructure to keep pace with this exponential growth in science data. This is why the National Science Foundation (NSF) Office of Cyberinfrastructure is offering significant funding to universities across the United States through its new Campus Cyberinfrastructure - Network Infrastructure and Engineering Program (CC-NIE) to upgrade campus networks.

“The CC-NIE will provide much-needed support to jumpstart adoption of important networking technologies by university campuses.  As a result of this investment, scientists will be able to collaborate more effectively, and to accelerate discovery in a wide range of disciplines, including cancer research, biofuels synthesis, and weather modeling,” says Greg Bell, the Energy Sciences Network (ESnet) Acting Division Director.

One of the NSF’s suggested upgrades include an architectural strategy pioneered by the Department of Energy’s ESnet: the “Science DMZ.” In this approach, a portion of the campus network is dedicated to serving high-performance science applications.  All the equipment, configurations, and security policies in the Science DMZ are specifically tailored for large science data transfers.

“For more than two decades, ESnet has been carrying large scientific datasets between national laboratories, and to universities and other research institutions. Our experience has shown us that the networking needs of science are very different from those of general-purpose campus business applications like email, procurement and billing systems - this led us to develop the Science DMZ approach,” says Eli Dart, an ESnet engineer.

Dart added, “We are thrilled that campuses may now be able to tap into this NSF funding to deliver these capabilities to their campuses.  ESnet welcomes the opportunity to work with campus network engineers and other IT personnel on better understanding the Science DMZ and how it can greatly improve their university’s data transfer capabilities.”

The ESnet backbone connects more than 40 Department of Energy sites across the US, and to the Internet2 research and education (R&E) network, which in turn links to hundreds of US colleges and universities. Robust connectivity between Internet2 and ESnet is critical, because much of the science data traffic that originates at DOE labs eventually terminates at universities.

Because ESnet and Internet2 carry large scientific datasets, the organizations have implemented novel tools, strategies and a number of network upgrades to meet the demands of science.  However, colleges and universities require additional resources to upgrade their local campus networks to enable them to take advantage of these national capabilities.  The CC-NIE program aims to address this issue.

Bell added, “This new NSF solicitation represents an important milestone in the R&E community’s long quest to solve the ‘end-to-end’ data transfer problem. The ability to reliably share round-the-clock data flows from important experimental and computing facilities is essential for scientists to conduct their research.  Augmenting campus capacity and deploying architectures like the Science DMZ will help to assure a consistently high-quality network path from end to end, researcher to researcher.”

ESnet encourages universities to apply for the NSF solicitation.  ESnet engineers are available to answer questions about the Science DMZ architecture, and approaches to incorporating Software Defined Networking, virtual circuits, and other emerging technologies into proposed campus upgrades.

For more information about the NSF’s Network Infrastructure and Engineering Program solicitation and to apply, visit: http://www.nsf.gov/pubs/2012/nsf12541/nsf12541.htm.